Photothermal IR is a breakthrough technique that has opened up new applications for infrared spectroscopy in life science and pharmaceuticals. This new analytical method can used in your lab with the mIRage optical IR spectroscopy and imaging system from Photothermal Spectroscopy Corp.

Blue Scientific is the official distributor for Photothermal Spectroscopy Corp in the UK, Ireland and Nordic region (Norway, Finland, Sweden, Iceland, Denmark). For more information or quotes, please get in touch.

One such application is bioanalysis, an area where it has previously been difficult to study how molecules perform in a living system, because of the challenges in gathering data about spatial and temporal dynamics.

Photothermal IR spectroscopy (O-PTIR) is an extremely sensitive, nanoscale chemical imaging technique, that measures the visible beam of the thermo-refractive effect of IR absorption. This opens up new biological applications for infrared, such as: 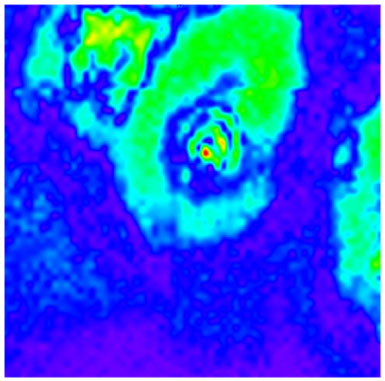 Overcoming the Limitations of IR

O-PTIR overcomes these limitations. An optical beam is used to measure the sample’s photothermal response due to IR absorption. The visible optical beam in the mIRage can be focussed 20 times smaller than the IR beam, for significantly enhanced spatial resolution compared to a conventional IR microscope. Spectra are acquired by sweeping the IR laser wavelengths, and chemical maps can be built by scanning the sample. The technique has many benefits:

As an example, the technique has been used to map lipid droplets and membranes in cancer cells, which are highly relevant to metabolic processes. Lipid droplet distribution can be visualised clearly within individual cells, with each droplet clearly visible. Sectioning images were acquired by changing the depth. This enabled the lipid droplets to be mapped in 3D, within the single cell. Further details and example images are available in an article in Photonics Media.

Photonics Media have published an article by researchers from Boston University about how mid-infrared is being used in new biological applications:

A mid-IR pulsed, tunable laser heats the sample. When the IR laser reaches a wavelength that causes molecular vibration in the sample, absorption occurs. This creates photothermal effects, which are measured by a visible probe laser that’s focused to a 0.5 µm spot size. This is how O-PTIR overcomes the usual IR diffraction limit.

The part of the reflected visible laser signal that’s modulated at the IR pump laser repetition rate is directly proportional to the absorption coefficient of the sample at that particular wave-number. The IR pump laser can got through through the entire fingerprint range in a second or less, which provides an IR spectrum.

O-PTIR works in reflection mode, which gives you sub-micron resolution from a non-contact optical method.

Measurements are collected quickly and easily without sample contact. Spectra quality is comparable to FT-IR, but without the dispersive artifacts that are such common problem in ATR. Because it uses reflection mode, samples do not need to be thin. Sample preparation is therefore simpler and the whole process is faster. 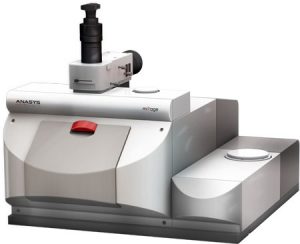 The mIRage from Photothermal Spectrocopy Corp is a new system that enables you to use O-PTIR in your lab:

Blue Scientific is the official distributor of the mIRage in the UK, Ireland and Nordic region. If you have any questions or if you’d like a quote, please get in touch: