Reconstruct 3D volumes in minutes, rather than hours with Gatan’s GPU Reconstruction software for TEM.

Tomography involves constructing a 3D volume from a series of 2D projections. 3D reconstruction software aligns your data, determines the tilt axis and reocntructs the 3D volume. This plug-in accelerates the reconstruction process by 10-100 times, depending on the number of iterations.

Fast reconstruction enables you to quickly explore your sample in 3D, then adjust the microscope settings as you need to for the the clearest results, without the process taking hours.

This module (model 732.02) is an optional plug-in for Gatan’s DigitalMicrograph software. 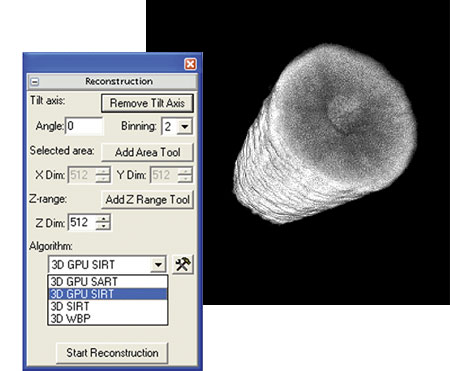 Images A and B are reconstructed slices through a Tungsten plug multi-level interconnect in a semiconductor sample. 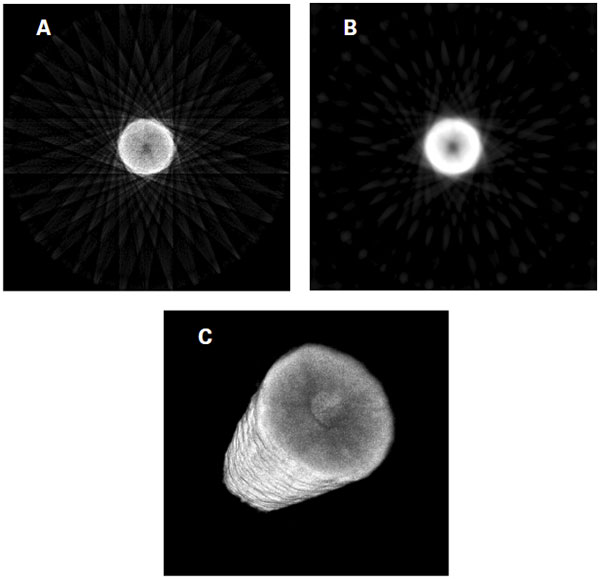 Once the tilt series is aligned and its tilt axis determined, it can then be built into a 3D volume. Each image is projected through an initially empty 3D volume. This builds a spatial density distribution representation of the sample.

Projection takes time, and there are often artefacts that obscure or confuse features of interest. These artefacts can be minimised significantly by generating a new set of projections of the synthetic volume. The difference between the acquired data and the new projections is then used to improve the 3D volume. The SIRT (Simultaneous Iterative Reconstruction Technique) algorithm repeats this process 10–20 times, which is the most successful way of minimising artefacts.

Graphics processors are ideal for this type of processing. Gatan’s GPU reconstruction software uses versions of SIRT and SART (Simultaneous Algebraic Reconstruction Technique) to offload projection-intensive calculations to the graphics processor. The speed depends on the number of iterations; At 25 iterations, the speed increase is 100 times. 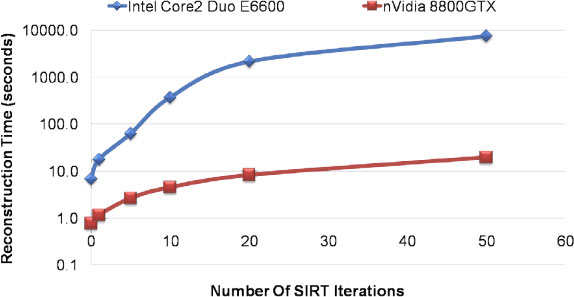 The speed depends on the number of iterations