Scanning electron microscopy is an essential imaging tool for materials science and life sciences, with applications in virtually every field of research. Yet the cost of a conventional scanning electron microscope (SEM) can often be prohibitive. Space requirements can also be difficult to reconcile considering a full-scale SEM might weigh several hundred kilograms with a significant footprint. Additionally, skilled operators are required to make the most of large SEM systems.

Small electron microscopes were developed as a cost-competitive, entry-level alternative to established SEMs. However, there is a persistent misconception that desktop SEMs are inferior to their larger counterparts from a performance perspective. Namely, the resolving power of larger systems tends to eclipse that of tabletop SEMs. Yet there are instances where users may in fact acquire higher quality images using the smaller system. So how do these two different electron microscopy paradigms truly compare? 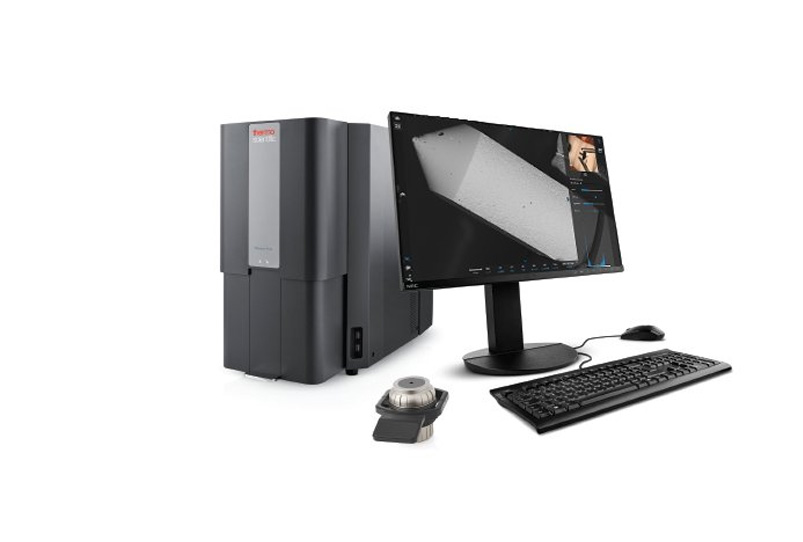 What are the Differences Between a Desktop & Traditional SEM?

Conventional light microscopes allowed researchers to observe sub-macroscopic phenomena, uncovering the cellular world and ushering in a new era of scientific understanding. When electron microscopy was introduced in the 1930s, it outstripped the resolving power of compound microscopes by orders of magnitude. High-quality SEM images with five and even six-digit magnifications enabled data acquisition at the nanoscale, creating near limitless research and development opportunities. But seizing those opportunities required an enormous investment.

Desktop SEMs were developed to “democratise SEM technology” by limiting costs, size, and cost of ownership with minimal compromise on imaging power. This brings us to one of the most important similarities between desktop and full-scale SEMs: both offer nanoscale imaging (<100 nm). But how do they differ?

The up-front cost of a full-scale SEM can vary from several hundred thousand dollars to nearly a million. These costs do not account for ongoing servicing fees and emergency maintenance costs. A desktop SEM is much cheaper than a conventional system, both in terms of initial investment and necessary installation costs. Additionally, though any SEM represents a significant upfront cost, tabletop systems like Phenom Desktop SEMs are engineered to maximize the value to end-users.

The most apparent difference between a desktop SEM and a traditional system is size; both weight and footprint. A typical full-scale system likely weighs 300kg or more and will stand at roughly 1.5 metres in height, whereas a tabletop system resembles a tower computer with a weight of 75kg. This is evidently a boon for space-conscious users with lab spaces that may be unable to accommodate such a bulky device. However, the reduced size of desktop SEMs leads to two obvious drawbacks. Firstly, they sacrifice flexibility and upgradeability for compactness. Secondly, their relatively small chamber size limits sample ranges to the millimetre range.

Desktop SEMs generally facilitate image production at faster rates than conventional electron microscopes, mainly due to their smaller chamber volumes, which are quicker to pump down, leading to relaxed vacuum requirements. They also eliminate the need for multiple touchpoints in the analytical chain. The SEM operator can carry out their own analysis and generate their own reports rather than relying on third parties.

Cost and size may be the most prohibitive aspects of SEM technology, but imaging power is the single most important “must have” feature. The ability to combine additional modules, such as an X-ray spectrometer for supplemental elemental analysis is another critical boon, but magnification capacity trumps all other aspects. Both tabletop and traditional SEM systems use electron beams to visualize sub-microscale features, and although larger systems often operate at much higher resolution, desktop SEMs are suitable for over 80% of applications–especially considering the upgrade from light-based microscopy to SEM. Certainly, a large-scale system may resolve features just a few nanometres apart, while a desktop system offers resolutions in the tens of nanometres. But the latter still represents an enormous upgrade on conventional microscopy.

Blue Scientific supplies a wide range of desktop SEM and traditional SEM instruments, including the brand new Thermo Scientific Phenom Desktop SEM, which is equipped with a long-lasting CeB6 filament for brighter, better imagery. For more information on choosing an electron microscope or for any further information about imaging and analysis, please don’t hesitate to contact us.