Upgrade Your TEM with the Gatan Rio Camera

The Gatan Rio is a new CMOS camera for electron microscopes. It can be fitted to both new and existing TEMs (up to 200 kV – for TEMs over 200 kV, take a look at the OneView camera). Dramatically improve performance and user experience in routine EM imaging, diffraction studies, high-speed tomography, 4D STEM and more:

Blue Scientific is the official distributor for Gatan systems for TEM and SEM in the Nordic region (Sweden, Finland, Iceland, Denmark, Norway). For more information and quotes, please get in touch: 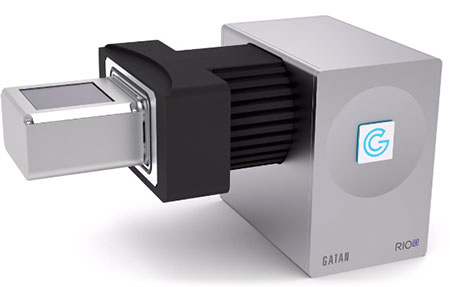 The Rio CMOS camera standardises advanced performance for routine imaging and in-situ applications, with a Gpixel sensor exclusive to Gatan. It runs fast and at full resolution all the time. There’s no need to disrupt your workflow with mode changes between “search”, “focus” and “acquire”.

Capture high resolution detail with the largest field of view. There’s no need to use high magnification to resolve fine features: 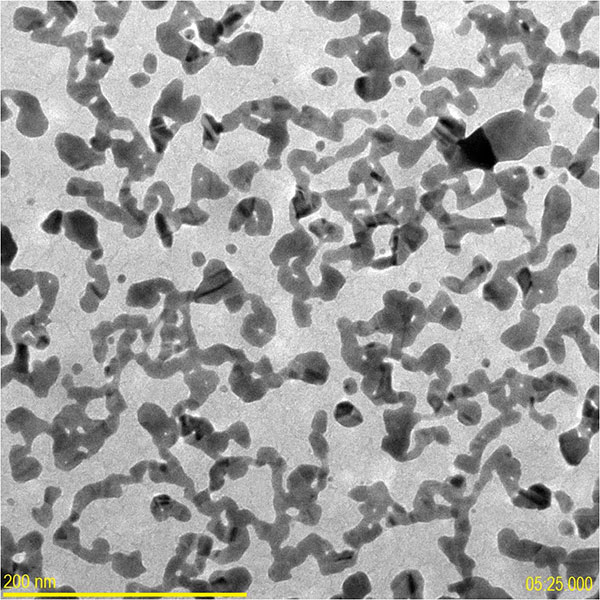 Drift is one of the most common TEM problems; with the Rio camera it can be corrected automatically by ticking a single box in the software. There’s no need to compromise your resolution because of drift, even in images with high frame rate, frame alignment and summing. This enables you to resolve features and details that may have previously been lost to drift.

Capture high speed in-situ events at up to 200-300 frames per second. With the “LookBack” feature, you’ll never miss critical events or the start of a reaction or process. It’s also useful for capturing unanticipated phenomena. There’s a buffer of up to 20 seconds to ensure events are captured from the start.

Reactions that are difficult to find can be captured at low magnification with a large field of view. Then zoom in to your region of interest for closer analysis: 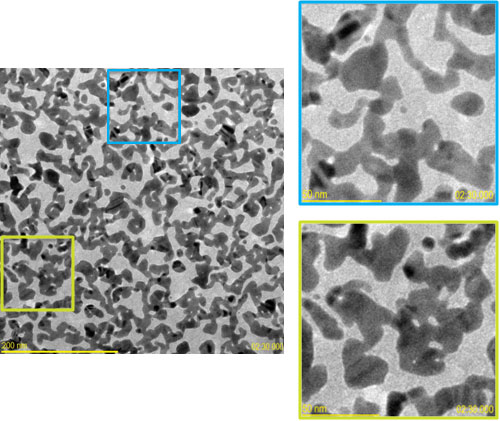 Gatan’s In-Situ Explorer software gives you a simple user interface for data collection and a powerful post processing toolkit. In-situ holders can be integrated, so you can correlate data and images easily in minutes, rather than hours. In-situ parameters are stored as metadata in a real-time stream.

The software has a wealth of powerful features, including automatic frame alignment for clearer videos, and particle tracking. 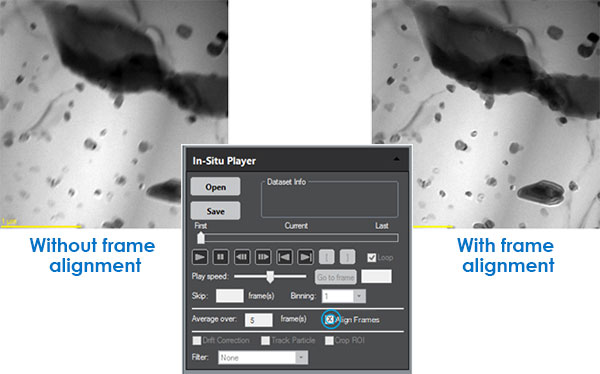 Retrofit to Upgrade your TEM

Rio is compatible with new TEMs and as a retrofit for existing microscopes. If your TEM is in its “middle age” with its original digital camera, the Rio could give it a new lease of life. Upgrading to a new, modern camera can greatly enhance and speed up the imaging performance of your system.

Blue Scientific is the official distributor for Gatan in the Nordic region. We’re available to help with your queries, as well as quotes and demonstrations. For more information please get in touch: