Design extended time biological-dynamics experiments easily with RampScript, a new ramp scripting package for the Bruker BioScope Resolve bio-AFM. Study the dynamics of individual biomolecular bonds and the viscoelasticity of live cells with the widest range of ramp frequencies available.

Blue Scientific is the official Nordic distributor for Bruker Atomic Force Microscopes (Sweden, Denmark, Finland & Norway). If you have any questions or if you’d like a quote, please contact us: 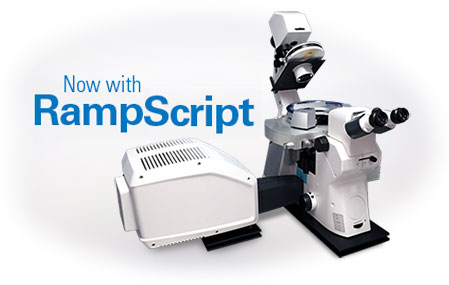 We are excited about the advances in cell mechanobiology that will be enabled by the new ramp scripting capabilities for BioScope Resolve. Atomic force microscopy can play an even larger role in cell mechanics research when a system has the capability to correlate with the most accurate data to fluorescence. This is why we made it such a priority to add the most comprehensive biomechanics functionality to a system specifically designed for highest resolution on an inverted optical microscope.
Marco Tortonese, Ph.D., Vice President & General Manager of Bruker AFM

A specially-designed low-force trigger capability and fast, latency-free implementation deliver the most accurate script execution ever, with pN force control. 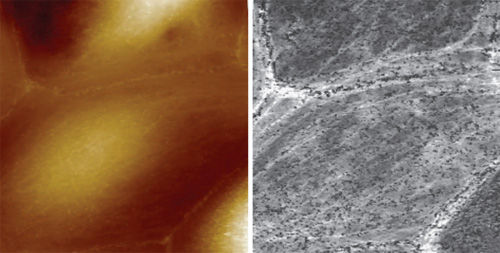 The Bruker BioScope Resolve has set new standards in high resolution AFM imaging. It is the first instrument capable of imaging microvilli on live cells and routinely resolving sub-molecular structures, such as the major and minor groove of DNA on an inverted microscope.

The BioScope Resolve features the widest range of ramp rates for biomechanics, as well as Bruker’s Bruker’s exclusive PeakForce Tapping and FASTForce Volume data acquisition technologies. The new, flexible ramp scripting interface now makes new studies possible, so you can examine the dynamics of individual biomolecular bonds and the viscoelasticity of live cells.

Blue Scientific is the official Scandinavian distributor for Bruker Atomic Force Microscopes (Sweden, Denmark, Finland & Norway). If you would like more information please contact us: