A new nano-scratch upgrade for the Bruker NanoForce makes it capable of nanoscale scratch testing and nanoindentation. The NanoForce is a nanomechanical testing system, which until now has been used for testing modulus and hardness of thin films and coatings.

Blue Scientific is the official distributor of the Bruker NanoForce in the UK and Nordic region (Switzerland, Iceland, Norway, Denmark and Finland). For more information or quotes please get in touch: 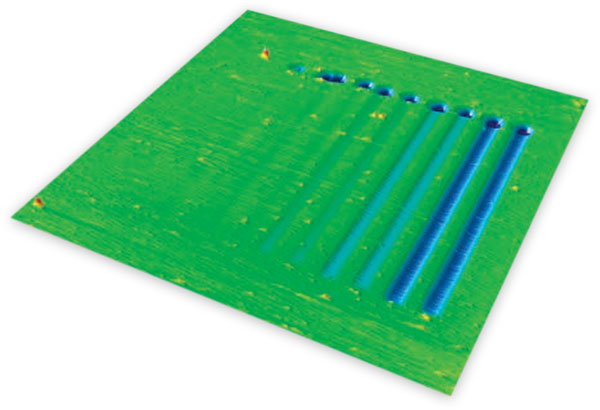 The new nano-scratch option controls lateral displacement between tip and sample during nanoindentation. This significantly expands the capabilities of the NanoForce.

You can now characterise the resistance of thin films and coatings to:

With instrumented indentation test, you can study the uniformity of mechanical properties  on nanoscale surfaces and structures over large sample areas. All this, with the industry-leading low-noise floor, precision and stability of the NanoForce platform. 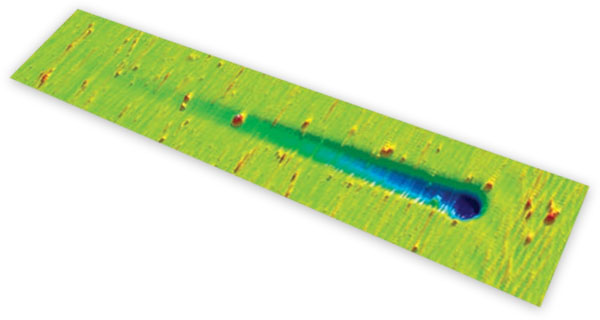 The NanoForce system already has a reputation of being well suited for testing of modulus and hardness of thin films and coatings with its standard dynamic testing methods. The addition of nanoscratch capabilities to perform characterisation of other important thin film mechanical properties on a single, high-performance platform greatly enhances this legacy and positions NanoForce as an invaluable asset for the investigation of nanomechanical performance of new material systems.
Min Yang, Director of Applications, Bruker Nano Surfaces
NanoForce has demonstrated superior capabilities for some of the most challenging nanoindentation applications in research labs. The new nanoscale scratch capabilities demonstrate our commitment to delivering the most advanced nanomechanical material testing and analysis solutions available anywhere.
James Earle, Vice President & General Manager, Bruker Tribology, Stylus and Optical Metrology 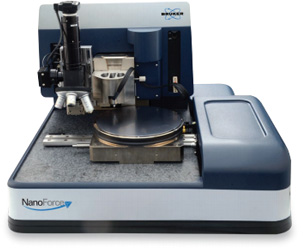